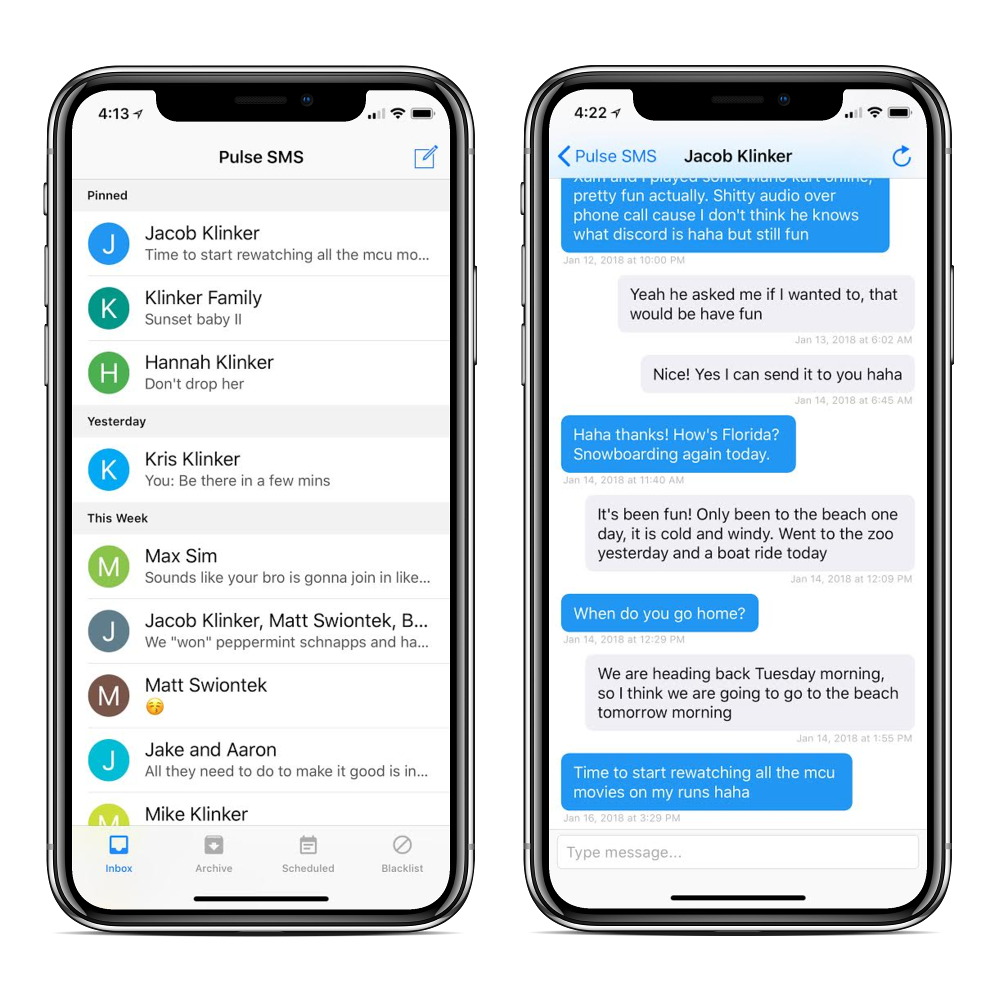 I have a few platform related updates today, one around the desktop apps, and one around a brand new Pulse platform: iOS.

First, a quick update. The desktop apps are coming out of their pre-release status! The official v1.0.0 is now available on the releases page: https://github.com/klinker-apps/messenger-issues/releases

These Windows, Mac, and Linux apps have gone through quite a lot of iteration and feature work over the past few months and I am finally happy with the functionality and support they provide. The bugs have been squashed, and the features are working great.

Most of the platforms will auto-update to the release build, if you are on a relatively current version. If you are a Windows user, you may have to uninstall and re-install, as discussed on the rc3 release.

Update: Apple has unfortunately rejected the iOS app as "the overall concept of the app is not suited for the App Store". To learn more, see this page.

I have been working on a new client for Pulse over the past few weeks. The web has always worked OK for iOS devices, but nothing can beat a native app. Today, I am happy to announce the next step in the iOS environment: https://github.com/klinker24/messenger-ios

The app isn't up on the App Store yet, but I have open-sourced it for any developers that want to take a look or start testing. Check out the README for notes on building it, then explore the app a bit. The app is feature complete for its initial release, but I want to give it just a bit more internal testing time and bug fixes, before submitting it to Apple for acceptance.

I think this is a pretty cool step for the app. It is the first completely new platform that I have made since the web app. (The UI for the desktop apps and Chrome apps are wrappers around the web app, with native integrations for things like notifications.)

When I started creating this version, I wanted to use it for more than just iOS support though. I wanted to create a demo for how others could implement Pulse for their own third party clients. An open-source client was the perfect way to accomplish this.

Other than the developer perspective, from a user standpoint, I see a few different use-cases for this new iOS app:

The vast majority of Pulse users are the working class, which makes sense, given its focus. Having this new iOS support should be great for anyone forced on to the "other" mobile platform.

Maybe down the road, I will talk a bit more about my experience and thoughts on developing for iOS vs Android, as well as the platform as a whole. From a developer perspective, I may have a more unique experience than a blogger or typical user.

Spoiler Alert: I won't be trading in my Pixel XL for my iPhone X, anytime soon.

Like what you see? Head to GitHub and give me a star on the repo :)

Truth-be-told, I am not convinced that Apple will accept Pulse to their App Store. It has a pretty confusing focus and use, as an iOS app. There is precedence for this though, from a few other apps.

Hopefully I won't have any problems and will be able to share the good news in the coming weeks. Until then, enjoy the new desktop apps. If you are a developer, try out the iOS app and let me know how it is working!

It has been years since the look of the timeline has changed in Talon, or many other Twitter apps,…