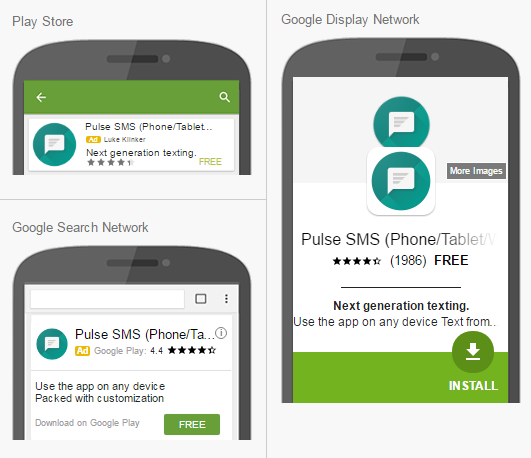 You've made an awesome app. You put in the time, gave it some unique features, added your own flair to the design, and released it to the Play Store! You know if people start to pick up on it, they will love it and use it all the time, but how do you acquire those users?

Unfortunately, not everyone is fortunate enough to get the coverage that Klinker Apps has gotten over the years. We got into the market at a great time and we were extremely lucky to have our work picked up! Making an app is hard, and finding your users can be even harder. While developing our apps, both Jake and I have been exposed to, and had to use, different marketing techniques to get the word out. Some of them have been more successful than others, and we are constantly trying to learn and improve our marketing. It is a huge part of any business. 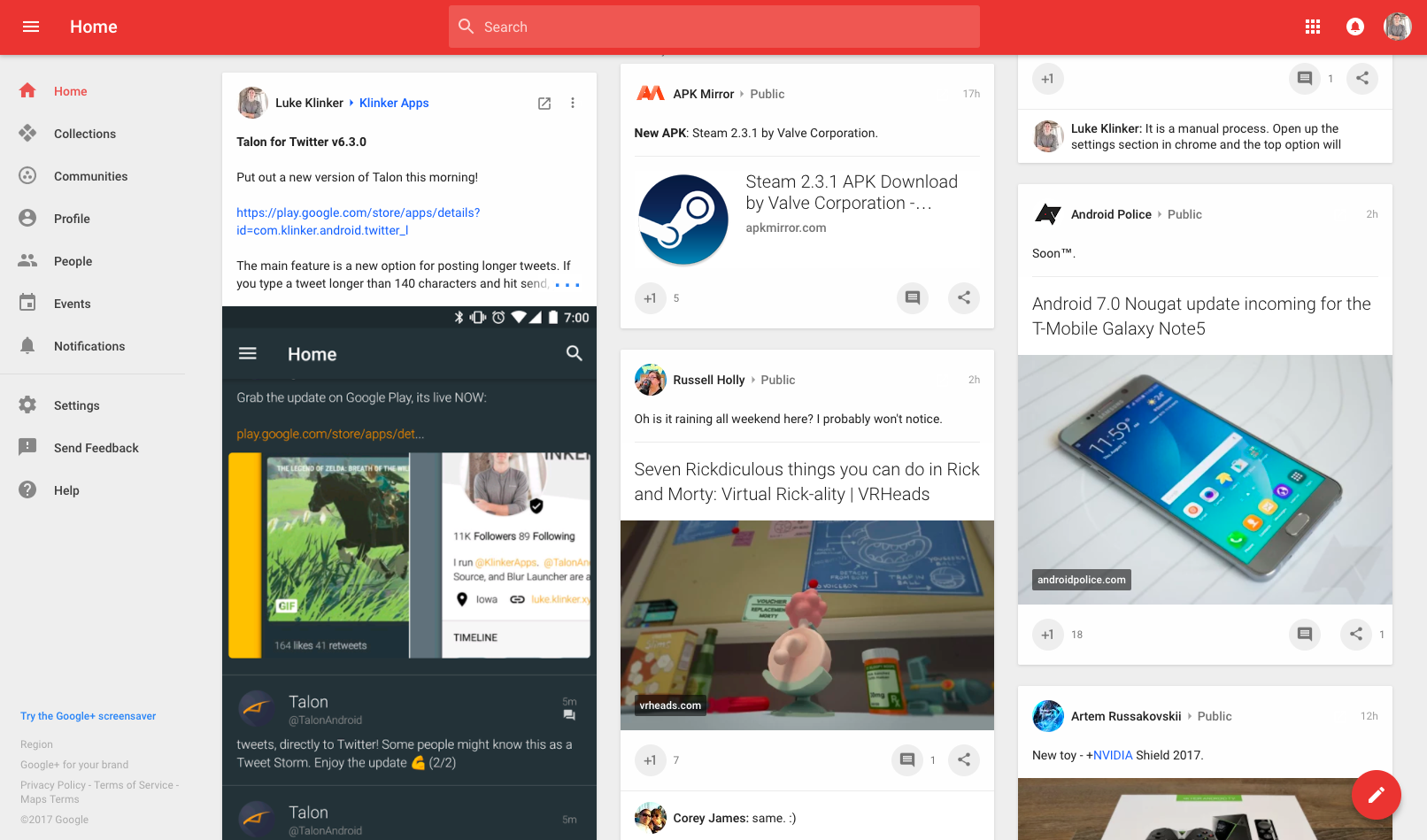 As with anything, start small. You probably won't hit a home run your first time up to the plate. If you are just starting out, find a few people you trust to get some initial feedback. Whether that is friends, family, or other people on the internet, you need to hear how people would use the app and what types of things they are looking for. It may not be what you expect!

I find that the best place to start is just to post on social media. It's free, and there are plenty of people willing to take a look and give you their thoughts. Try out a developer communities on Google+, post something on Reddit, or seek out someone on Twitter. I know I am always open to providing feedback on ideas, design, implementation, best practices, or anything you are curious about. I think you would be surprised how many people carry that same attitude. Any exposure and feedback you can get is great! Ask for their thoughts and if there is anything more they would be looking for, out of an initial release.

After you hear from these testers, and before trying to hit the acquisition harder, use that feedback to improve the app!

Note: You can't, and probably shouldn't, implement every single request or tweak that gets suggested. They may not align with your vision. That doesn't mean that you shouldn't keep these requests in mind for later though. Your users want your app to be perfect, and they want to help you get it there.

For most of our time in Android, Klinker Apps has exclusively used social media to provide updates and announcements. It is a great way to get involved and interact with the community of users that you are trying to reach. We post on our Google+ communities and Twitter accounts fairly regularly, whenever we want to provide an update. For us, especially after getting a solid base of past users, this remains our main growth channel for any new apps.

Don't discount the use of social media with your app, it is an amazing - and free - way to get the word out and find your start!

Advertising to Reach the Entire Population 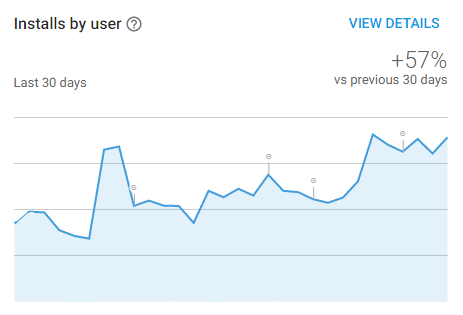 Advertising is a new practice for me. After consulting for a few companies that used advertising to great effect, I wanted to try it out on my own work. While social media is a great place to start with your app, you are never going to hit your entire potential user base. Not everyone is active on social media and not everyone is in the developer communities that you used for the initial feedback.

I stayed away from advertising for too long. I always thought that I was hitting most of my users from blog coverage and social media, and those were both free. I was so wrong. Since starting some small advertising with Pulse, I have almost doubled my daily downloads, and more than doubled the daily revenue. You can see part of this, in the graph above. That is the monthly acquisition graph, provided by Google Play. I will go into more detail about how advertising has given my work a boost, below!

I have almost doubled my daily downloads, and more than doubled the daily revenue, in Pulse.

My advertising experience comes on Google's Adwords and a little bit of Facebook ads. Through Adwords, Google allows you to set up a Universal App Campaign. This is basically their generic "advertise everywhere" option. It will run ads through the Play Store, YouTube, Google searches, banners within apps, and full screen advertisements. The Universal App Campaign is what I have used for my ads.

Paying for the Ads

The CPA is basically how much each install is worth for your app. I have found that the higher you have your cost per conversion, the high probability that those users are going to be willing to complete your in-app purchases.

In Pulse, I have a number of different in-app purchases. You can buy a 1 month, 3 month, yearly, or lifetime subscription. I have tried a number of different "cost per acquisition" rates for this app. Obviously, the goal of my advertising isn't just to bring in more downloads, but to bring in more downloads that are likely to purchase one of the subscriptions.

Right now, I have my CPA in Pulse set for $0.45. I have experimented with $0.15, $0.20, and $0.30 in the past, but found that 45 cents has been the best of that lot. This means that every user that installs the app from advertising costs me about that much. If those users then spend money on one of my in-app purchases, that makes for a very nice install-to-revenue ratio.

Different apps will need different CPA rates! There is no perfect rate. You will have to decide what those installs are worth for your app, and use that to determine your CPA. It isn't going to be a set number either. I highly recommend playing around with this number, to see what is optimal for you. If you go to high, it will reduce the revenue that you are bringing in, but if you go to low, then those users are not as likely to keep your app installed, or make purchases at all.

There are plenty of factors that go into your advertising. Here are a few of them:

How Advertising has Affected the Growth of Klinker Apps

This graph displays the installs per day for Pulse, since its release in September. The spikes are usually caused from a blog featuring the release, or a new update, but I have made some marks, noting a few different events:

Within the past month, I have seen around a 50% increase in the number of installs, which has blown me away. I have my advertising set to run for about $16 / day, so without spending all that much through the month, I have dramatically increased the amount of traffic coming into the app and purchasing the add-ons.

Remember that even if someone doesn't immediately get the app after seeing your ad, those impressions can have a lasting impact on future consumer decisions. 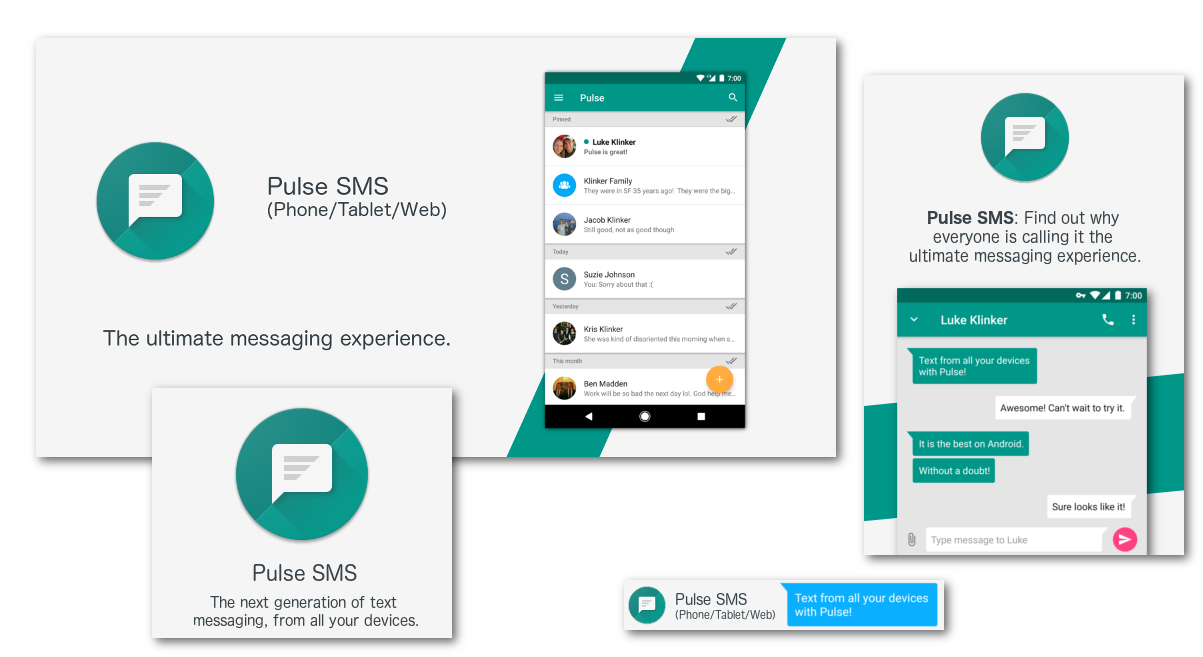 I have seen an incredible increase in the number of users that have been installing and keeping Pulse over the past few months. The growth has been phenomenal, some of it has been organic, but the advertising growth has been worth the money that is going into it. Google's Adwords continues to surprise me, and learn what is best for my app.

That said, advertising will continue to be an evolving process for me. The promo images and phrases that I am currently using are the same as the ones that I started with, so that is something that I will also continue to iterate on over time. Hopefully in the future, I can make a follow-up post to compare where I am now, with the changes I have made.

I would love to hear from others about how you have used advertising or other methods to reach your users. Sound off in the comments if you are willing to share!

Talk: Basics of the Mobile Market

Yesterday, I gave a talk to the Des Moines Web Geeks user group about the basics of getting into…

I have a confession to make: I'm a huge movie fan and buy a ton of them on Google…